Roma : Freedom of movement, a duty to integrate 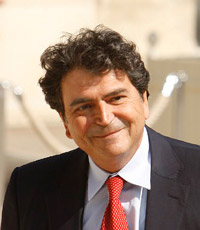 Roma : Freedom of movement, a duty to integrate

Having expanded into Central Europe in 2004 and then to Romania and Bulgaria three years ago, the European Union is now becoming fully aware of the existence within its borders of an underclass of nine million Roma which all too often are still living below the most basic standards of human dignity.

Many French people witness this at first hand, with the arrival in French cities and suburbs of Romanian and Bulgarian citizens with a Roma background, living in makeshift camps. These groups, which often have never received schooling, are mainly victims of human trafficking networks, which thrive by compelling the young and elderly to beg on our streets, by introducing girls into prostitution and forcing minors into criminal activity. I am also well aware of this situation in my role as an elected representative for Paris, and it is a problem faced by many mayors throughout France, both on the right and left. As a result of the will of the French President and government to put an end to the unacceptable situation created by these illegal camps all over France, which resulted in many of them being broken up and several hundred Roma voluntary returning to Romania, there have been accusations from some quarters in Bucharest and Sofia that France is breaching the freedom of movement set out in EU treaties.

I wish to reiterate on behalf of the French government that this freedom is of foremost importance to France : it is a key part of the construction of Europe, and especially so for those who experienced life behind the Iron Curtain. In fact, it was one of the reasons why Mr Chirac was the strongest advocate of EU membership for Romania and Bulgaria, when many had cast doubts over their readiness to join the EU. But it is because freedom of movement is so precious that we want to prevent it from being corrupted by criminal networks which exploit the poverty of the Roma, and this is exactly what is stipulated in Article 3 of the Treaty on European Union, which states that the free movement of persons is not unrestricted and is ensured in conjunction with measures pertaining to the "prevention and combating of crime." On no account should it become an excuse for mass immigration.

In the last year, I have twice travelled to Bucharest to tell our Romanian friends that were facing a serious problem which requires a common response. Following my last trip there in February 2010, we got Romania to assign four police officers to the Paris police headquarters and to appoint a specific Minister for the Roma, whom Brice Hortefeux, Éric Besson and I will meet in Paris on 25 August. I will make a further trip to Bucharest with Éric Besson in September.

Despite these first positive steps, much remains to be done as regards the integration of Roma populations. We expect Romania and Bulgaria to shoulder their responsibilities with regard to their own citizens, as ahead of the freedom to move from one country to another within the European Union, each Member State has a duty to protect and integrate its own nationals, in line with the fundamental principles of the European Union set out in Article 2 of the Treaty : "The Union is founded on the values of respect for human dignity, freedom, democracy, equality, the rule of law and respect for human rights, including the rights of persons belonging to minorities."

Given this, I must say that I was somewhat surprised to read certain remarks made by Romanian and Bulgarian officials and commentators accusing France of “deporting” Roma, when we are merely enforcing European law and conducting voluntary repatriation accompanied by financial aid funded by French taxpayers. It would be a very curious interpretation of the letter of the treaties and the spirit of the European Union to consider that the only prospect some countries can offer their Roma citizens is emigration to the richest European countries, which would consequently be responsible for their integration.

I would like to remind the Commission, which is concerned about whether France is providing adequate conditions for the return of illegal Roma immigrants, that France, a founding member of the EU, is acting in full compliance with European law. During its European Union Presidency in 2008, France had already expressed an interest in this issue by taking the initiative to hold the first Summit on the Roma. The second Summit, however, which I attended last April in Cordoba, was a major disappointment both for the French government which was expecting greater mobilisation from the European Union, and for the Roma associations themselves. We expect the Commission to be just as careful as regards applying to Roma other rights (education, work, health) set out in the treaties, and request that a substantial part of European aid (20 billion euro for Romania between 2007 and 2013) be allocated to this end. It is for all these reasons that on France’s behalf I submitted this issue for discussion to the European Council agenda in Brussels last month, in order to mobilise all Member States to strengthen European Union action.

I believe that now is the time to recognise this problem, both in the countries of origin and in the EU as a whole. Inaction would mean adding a new chapter to the story of Roma woes : used as serfs until the 19th century, deported during World War II, suppressed by the Communist regimes, will all that today’s Roma gain from European construction be the right to move from one shanty town to the next ? Inaction would be akin to stoking the "populist excesses", which concerns Mr Baconschi, the Romanian Foreign Affairs Minister. Inaction would mean turning our backs on the very values on which the European Union is built.